is due to be available in December 2022. 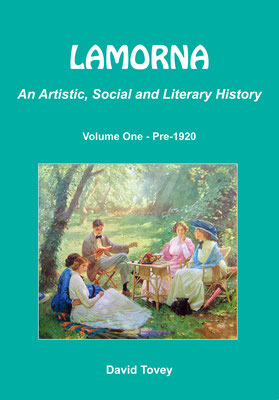 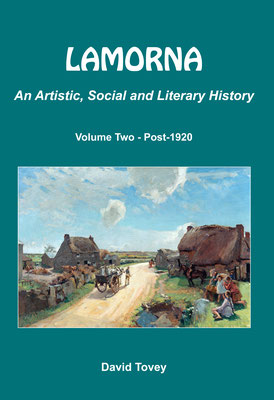 To view Contents page of Volume One, click on Contents

To view Contents page of Volume Two, click on Contents

David is the current Editor of The Flagstaff, the magazine of the Lamorna Society, which was formed in September 1997 following Austin Wormleighton's pioneering research into the life and work of John 'Lamorna' Birch.

The broad aim of the Society is to promote appreciation of the Lamorna Valley in West Cornwall, its art, literature, social and natural history, and to foster interest in the lives and work of the many artists associated with this area.  These include, in addition to John 'Lamorna' Birch, Laura and Harold Knight, Alfred Munnings, Thomas Gotch, Robert and Eleanor Hughes, Frank and Jessica Heath, Benjamin Eastlake Leader, Algernon Newton, Garnet Wolseley, Charles and Ella Naper, Richard Weatherby, John Noble Barlow and his pupils (such as Herbert George, Garstin Cox, the Australian Rose Lowcay and the American Anna Althea Hills), Charles and Ruth Simpson, the Australian, Maude Priest, Stanley Gardiner, Denys Law, Marlow Moss, John Armstrong, John Tunnard etc etc.  Writers include the prolific novelist, Cecily Sidgwick, who features Lamorna in quite a number of her works, her philosopher husband, Alfred, Charles Marriott, and Crosbie Garstin.

An archive of relevant material has been set up to preserve the rich heritage of this creative valley.

Jonathan Smith's hugely popular novel, Summer in February, based on the love triangle of Alfred Munnings, Gilbert Evans, the local land agent, and Florence Carter-Wood, which ended so tragically, has done much to raise awareness of the Lamorna colony of artists, particularly as it has now been made in to a film starring Dan Stevens of Downton Abbey fame.

The Flagstaff is published twice a year, in June and December, and features important new research, anecdotes of life in Lamorna in past years, reviews of books and exhibitions of interest, an assessment of what interesting paintings and other material has come on to the market recently, as well as accounts of the visits organised by the Society during the year and of its annual gathering in West Penwith each autumn.

The extraordinary story of Annie Dodd of Borah Flower Farm

Unbenown to all in Lamorna, Annie Dodd (1881-1960), who ran Borah Flower Farm with her friend, 'Dot' Palmer, from the late 1920s for over three decades, had spent some ten years in Broadmoor having murdered her own four children in 1909.  Yet, she was forgiven by and reconciled with her husband, who died in 1925.

Some more stories relating to the Freemans' Quarry at Lamorna - out of control loads, exploding gunpowder, faithful employees and some local landmarks carved out of Lamorna granite.

The Owen Quarry at Lamorna

There were two quarries at Lamorna - one run by the Freeman family on the east side of the Cove, which was very successful and provided granite for many major Government projects - and one on the west side, set up by Captain John Fulford Owen.  Whilst a failure financially, Owen was responsible for the construction of Lamorna Pier and the Lamorna Chapel (now Lamorna Cove Hotel).  This article tells the unknown story of the Owen quarry.

The reaction to Knight's pacifism blighted his memories of Lamorna

1918 exhibition 'Camp Life and other Pictures'

with reference to Joe Martin's manuscript In the Dylan Days

Thomas was based at 'Oriental Cottage', Lamorna for a while before his marriage.

Benjamin Eastlake Leader was another casualty from the colony

Elizabeth Forbes and her students in Lamorna

Forbes recorded a month that she and her students spent in Lamorna in April 1907 in an article called 'An April Holiday'.

Australian artist who called Lamorna "a vista of fairyland"

Benjamin Eastlake Leader, son of Benjamin Williams Leader RA, and his wife Bell, also an artist, moved to 'Oakhill', Lamorna after their marriage in 1910 and then built 'Rosemerrin' in 1913.

A look at Garstin's unpublished short story, 'Getting There', which touches a range of emotions, and a tribute to Joey Carter Wood, the first casualty from the Lamorna colony.  Joey was sister of Florence Munnings and this article reveals that his portrayal in 'Summer in February' is erroneous.

Lowcay was an Adelaide artist who studied in St Ives and Lamorna with John Noble Barlow in 1910-1 and became friends with the American, Anna Althea Hills, who went on to become an important figure in the Laguna Bay colony.  No less a figure than John Singer Sargent called her 'the Little Corot'.